They vary in channel selection (and number of stations) as well as the number of devices that can be streamed on using a single Sling TV subscription (one with Orange and three for both Blue and Orange and Blue).

“Sling Orange vs Blue is a battle of the service’s two basic, cheaper plans and they are very similar with one big difference: the channel lineup.” — Henry T. Casey, Tom’s Guide, Sept. 2021

Sling Extras are add-on channel collections sorted by category that can be added to the basic services. Examples include Sports Extra, Comedy Extra and News Extra. Each has a preset number of stations. Our Sling channel lineups list them out in a simple, spreadsheet format.

Premium channels can be added as well, either as “a la carte” standalone stations (e.g., The Country Network, Stingray Karaoke, ScreamFlix) or as a series of channels (e.g. those in Showtime, Starz and ePiX).

Sling can be accessed on set-top boxes, web browsers (Mac and PC), smart TVs and various other devices. See below for the list of Sling devices.

Guides in this category

We are not associated with any TV provider. All guides are free of charge

We offer four Sling channel lineups and they all pack a lot of information into high quality, printable PDF documents (all are free to download). The purpose is to compare Sling TV channel packages, add-ons and pricing for Sling Orange, Sling Blue and Sling Orange and Blue.

Color coding by station genre and sparse use of emojis help to identify and find specific channels. The PDFs are also search friendly. Finally, we rank the top-5 stations by what we believe to be the most entertaining.

For best results when printing, use thick-stock gloss or matte paper. Colors look their best and are most bright and vibrant.

If you’d like us to print for you, just let us know*. We’ll bind it in a fancy blue linen-weave protective covers (see “hardcopy” image below). Thoughtful gift! (*$30 fee applies) Just send us an email with your request.

We are not affiliated with Sling TV or any other TV channel provider.

How to Order Sling TV

First off, Sling offers base channel packages on their own (as either Orange, Blue or Orange + Blue) . Add-on packages, channels and a-la-cart stations (all of which are “extras”) help bolster the channel lineup (e.g. Heartland Extra, Sports Extra, Kids Extra). Some of these add ons can be ordered in combos, and those are called “deals” (e.g., “Total TV Deal” and “4-Extras Deal”).

To order Sling, simply go to their homepage and start with the basic package you’d like.

We counted the number of stations in each Sling TV base package, deal and extra pack. It gets confusing pretty quickly so this is why our PDF channel lineups are so helpful. They list the exact stations that fall under each category. We also included pricing to make it easier comparing Sling channel lineups.

In short, we can confirm the published channel counts on the Sling website are correct: 32 (Orange), 43 (Blue), 49 (Orange & Blue). This information is provided in our PDF spreadsheets along with the channels and counts for the Sling TV Deals and Extras .

There is a schizoid split when it comes to sports channels in the two basic Sling TV packages. ESPN, ESPN2 & ESPN3 come with Sling Orange, yet Fox Sports 1 and 2, as well as NFL Network, fall under Sling Blue. To get around this purposely built conundrum, one is forced to get Orange + Blue or add Sports Extra.

Side Note: If you want to stream from more than one device, then you’re stuck paying for Sling Blue or Orange & Blue.

https://www.sling.com/service — Hear it from the horse’s mouth on Sling’s website

Links to our Other Streaming TV Provider Channel Lineups: 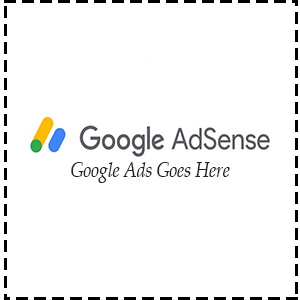